A cathartic masterpiece from a group of misfits… 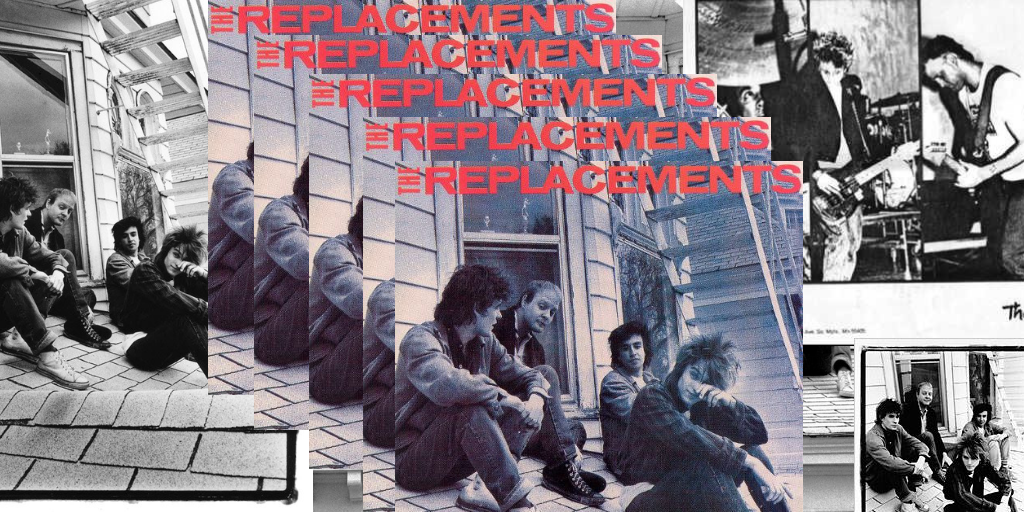 Growing up, there were two albums called Let It Be that changed my life. The Beatles’ “final” record and The Replacements’ criminally under-praised one of the same name.

I’m not sure if it’s embarrassing that I learned about The Replacements through Green Day, but now I look back on it and actually find it kind of cool. My favorite albums back then were Insomniac, Dookie, Led Zeppelin IV, Led Zeppelin II, and Rage Against the Machine’s self-titled album — You could tell I was in high school.

They aren’t terrible albums, by any means. I am rather fond of them to this day but most of them don’t make many appearances in my life right now. Still, it is evident I had a great deal of unbridled angst, which I channeled through the music I listened to it.

But then – it was time for a change.

I took to YouTube and looked up The Replacements on the search bar. Let It Be was the most popular result. I clicked on the video and the first song, “I Will Dare,” began.

The jangling guitars and snares counted down the measure until the drums kicked. And boy, did they kick.

The band was tight, the rhythm was consistent but more so than that, they sounded like they were having a whole lotta fun. I’m sure they were refreshing to a lot of people back when they were bubbling up, especially in contrast to a lot of other bands that took themselves so seriously.

The sounds you’ll find in this album are a mixed bag of tricks. You’ll enter expecting a rock band that does the job. Y’know, it, like, itches that scratch.

With Let It Be, though, abandon most of your expectations because they really will pull a fast one on you when you get comfy. The album begins with a straightforward rocker in “I Will Dare,” then it speeds up on the next three songs “Favorite Thing,” “We’re Coming Out,” and “Tommy Gets His Tonsils Out.” But just when you think you’re listening to an album that’s a little on the punky side, they come through with a honky-tonk piano number about an androgynous couple called, well, “Androgynous.”

The lyrics that chronicle the entirety of “Let It Be” are honest, introspective, and have a youthful spirit to them. That didn’t happen without first revamping their outlook entirely.

After their first two albums of punk music on Twin/Tone Records, the boys wanted to have fun, but they also wanted to be taken a little more seriously. After leaving them for Sire Records, they were all hankering for a change. That change meant a more mature sound and voice… Kind of.

The band’s charm lies in their method to stay true to themselves and their identity as being the bad boys of the alternative scene through both their instrumentation and lyricism. Even though Part of that charm lent itself to having Paul Westerberg for a lead singer.

Westerberg is the poster child for dudes who take themselves too seriously and don’t give a fuck what you think. In other words, he knew he was a rock star before he got a deal. To be fair, that’s probably the kind of mindset that got them anything done when they weren’t getting piss drunk on stage.

He wasn’t afraid to speak his mind and that was what captivated me when I first heard the Replacements. Carefree, lackadaisical, and full of abandon. Qualities one must have to put out a song titled, “Gary’s Got a Boner.”

On “Favorite Thing,” he sings:

Yeah, I know I look like hell
I smoke and I drink and I’m feeling swell
Yeah, I hear you think it’s weird
But I don’t give a single shit!

His voice sounds like he’s had a few — a crossbreed between howling and yelling. At his most emotional, his voice gains extra resonance with the music that backs him. This is especially relevant on “Androgynous,” “Answering Machine” and “Sixteen Blues.”

Everything goes
Well, anything goes all of the time
Everything you dream of
Is right in front of you
And everything is a lie…

By the time he sings his last line, we can his exhaustion. His sentimental stamina depleted to the last notch. It is a song that is best heard. Merely reading its lyrics will not do it the proper justice it deserves

If we’re talking about Paul Westerberg, we can’t ignore Bob Stinson. The man’s guitar work was vital to the band’s sound, and without him, a notable presence would be felt. His pretty guitar licks fill the air of songs like “Androgynous” and “Black Diamond” that’d feel a bit empty if absent. The greatest example of Stinson’s versatility and ear for melody is on the song “Sixteen Blues,” on which he is phenomenal. The way he picks apart the chords carry the track on its own weight.

Let It Be is one of the greatest albums of all time from a band that has cemented themselves as oddballs in music history. Their legacy still goes unbeknownst to many, but the Replacements were never the kind of band to care about their reputation.

Julian Balboa, 22, is a writer, undergraduate student, and lover of great music from Miami. My enthusiasm also lies with poetry, vinyl, Disney pins, yo-yos, shoes, tea, and hot sauces. Sometimes you can catch me at your local open mic. View all posts by Julian