And are making their debut with a flowery and sweet tune… 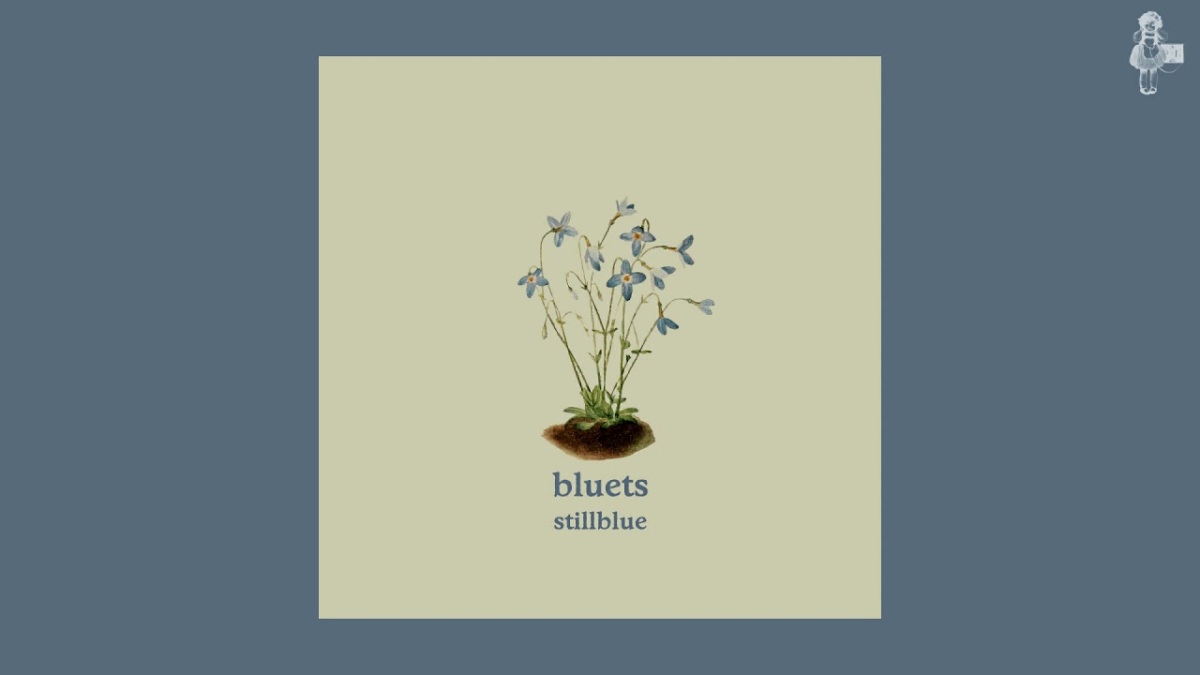 When you’re looking for some heartfelt indie pop… where do you go?

The growing indie scene in the Magic City is making way for all kinds of acts, and one particular band wants to make a name for itself with its sweet and tender tunes.

Their name is stillblue, and here’s why you need to check our their latest single “Bluets.”

The band pulls from a multitude of influences spanning from folk to indie rock to Americana. The group found each other in the local Miami music scene after their past projects broke up. Now they share a love for sad songs, cathartic melodies, and a need to make music as honestly as possible.

The band is still growing and writing together while searching for a permanent bassist and drummer.

How did you guys form?

Enrique met Danny when he put some flyers up looking for bandmates around FIU, the band they were beginning to form initially ended up not working out but they continued to bond over film photography. Enrique met Sofia in Halloween at Space Mountain.

Shortly after her past band split up as well. We all came together from past music projects that didn’t work out and we’re still in the process of finding two more band mates for bass/drums!

So the search is not over just yet but we’re happy to have found each other and to continue to make music that makes us feel something!

You have a very calming and peaceful indie rock sound. I’m curious, what are some of your biggest influences?

What’s it like being a part of the Miami music scene as a mellower band?

Miami has a really great, underrated scene that really embraces all types of sounds. We see a lot of our friends making all types of different music and we’re just happy to be able to add something to the local scene.

We have some tracks we were practicing before quarantine that are definitely faster-paced, but right now since we’re recording remotely we’re starting off with some simpler tracks.

But we definitely embrace having a calmer, more introspective tone.

How did you guys decide on your sound?

It wasn’t much of a conscious choice, we just played how we’d play by ourselves and it worked together really well.

We all bond over our love for sad songs so it was just a natural fit. I think that’s just a part of who we are.

What are the essential elements that make up your sound?

Well, we really stress honesty in lyrics and we try to construct melodies that feel cathartic and sincere.

When we write together, it usually starts off with one of us sending a sentence that describes what we’re feeling or a thought that feels confessional. We also like to keep it simple.

We try not to over complicate our songs as long as it gets the message across. Besides songwriting, a big part of our sound is the folky guitars at the base of almost everything we write and the lap steel/synth that Danny adds that really takes everything to the next level.

Tell us about your new single ‘Bluets’

“Bluets” is a track inspired by Maggie Nelson’s book Bluets. Blue has always been a color that catches the attention of the band and that they gravitate towards.

This song is about Enrique’s time in Chicago and about the bushels of Bluets planted outside his building. This was written at the beginning of the COVID-19 quarantine as Enrique reminisced on past memories of better times.

This song is about being stuck inside your memories and how that holds you back from enjoying the things you should be paying attention to now. It’s about the pain that comes along with moments that don’t exist anymore.

How Enrique keeps going back to the memories of these Bluets beating through his head instead of focusing on new moments.

It’s about the pain that goes along with memories we love and trying to let that go while still appreciating what they gave you.  We recorded the song remotely by sending the stems back and forth.

100% of the proceeds of the single go to the Black Trans Protesters Emergency Fund.

We encourage everyone to donate if they have the means and find out what other ways you can help push the movement forward.

Since this is your debut as a band, how have your plans been affected by the current situation?

Yes, we didn’t plan on having it be our debut, but the world had other plans. We were practicing a completely different set of songs before COVID and we were planning on recording a different song as our debut.

That was never meant to be our first music video either, we were just messing around with the new Super 8 camera Enrique bought. But once we started staying home, we wrote “Bluets” and everything kind of fell into place!

What is the inspiration for the song, both lyrically and musically?

Lyrically, it was inspired by the feeling of longing for a memory or a moment that doesn’t exist anymore and trying to appreciate what the memories gave you while trying to not let it hold you back from the moments you’re experiencing now.

The Lyric “Bluets beating” is a direct quote from Maggie Nelson’s book “Bluets”. Enrique started reading it while he was interning in Chicago last summer and totally fell in love with it.

Musically, the song began when Sofia and Enrique were FaceTiming and Enrique hit the first two chords from bluets by accident and everything came together.

What are some of your goals for the rest of the year, considering lockdown.

It’s hard to have any concrete goals with everything so up in the air. We are continuing to work on releasing new music and writing.

How is the band keeping it together while following social distancing?

We FaceTime each other to stay up to date and text all the time with new ideas or to cry over the new Phoebe Bridgers album.

We’ve also been sending songs back and forth in order to record while in quarantine. 🙂

What are you most looking forward to doing as a band once the pandemic is over?

Playing in the same room! Just playing shows and getting back to auditioning bassists and drummers. Also, playing our first live show together!

We’re really excited to keep writing/recording but we can’t wait to play shows around town.

Want to write about your favorite artist, song, album, or a playlist you really want others to hear? Email us at dulcetzine@gmail.com to submit your work. 🙂